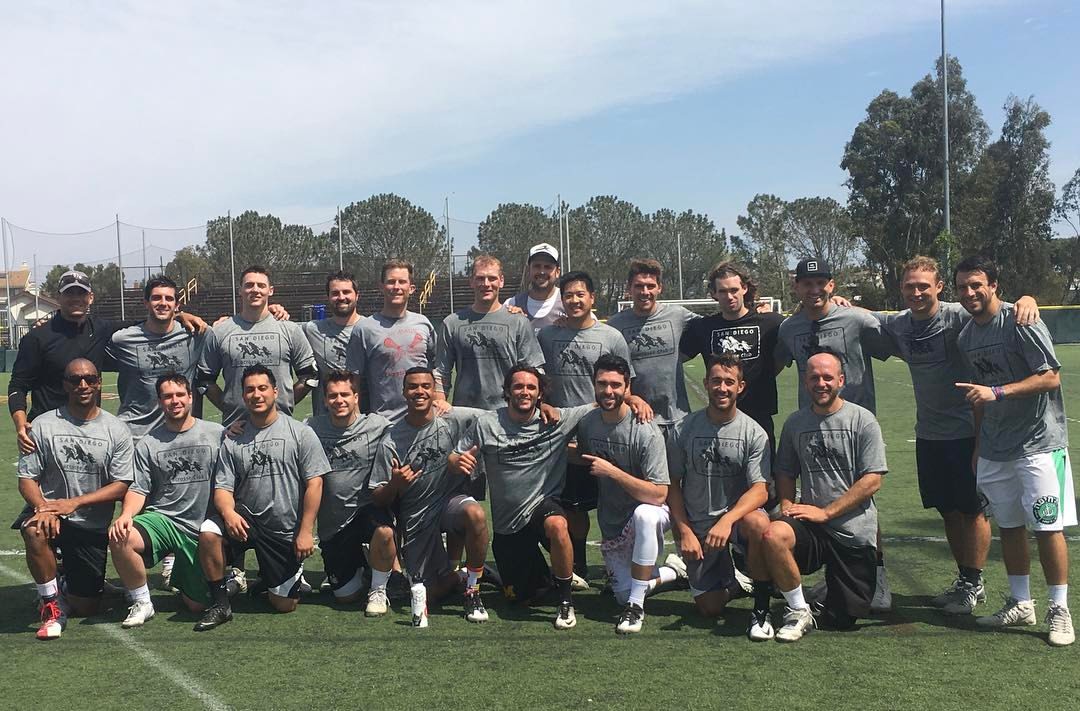 The 2017 Southern California Lacrosse League season is over halfway finished, but that means every game is important for teams working for playoffs seeding. With two powerhouse teams battling through the Southern Division, it will come down to a big late season showdown between San Diego Lacrosse Club and their rival 40 Thieves.

San Diego Lacrosse Club put a major focus on offseason rebuilding and recruiting after a disappointing 2016 lacrosse season. As many of the veterans “retired”, it was time to find youth to fill in the gaps. UCSD Summer League allowed San Diego Lacrosse Club to get a good look at lacrosse players in San Diego. It will be important for SDLC to continue the recruiting and rebuilding after the 2017 season to remain a contender in the Southern division as other teams continue to improve.

San Diego Lacrosse Club started off strong with a big opening win against OMBAC Beachcomber. After taking an early lead, SDLC left the door open and Comber made a comeback to put the pressure on. Led by some young guns, San Diego was able to capitalize on some late goals to maintain the lead and get the win.

The next game against the Orange County powerhouse Quiksilver Lacrosse presented a great early test for San Diego. Because of the road trip, Quiksilver failed to bring a full squad with subs, so San Diego was able to use their numbers and great teamwork to get the job done.

The first loss of the year came against San Diego’s main rival, 40 Thieves. With the Thieves winning every matchup for the past 2 seasons, SD really wanted to get this win. After a good fight in the first half, San Diego let the 40 Thieves cruise to 13-8 victory.

At 2-1, SD then traveled to Hermosa Beach to play an annual match up against an LA opponent. This year’s matchup featured a talented South Bay team. With 3 subs, SD was able to control the game and pull out another victory, beating HB 14-13.

The San Diego Lacrosse Club has found success midway through the year with a record of 6-1. After a bounce back win, SD rattled off 3 consecutive wins against Adrenaline, Quicksilver, and Beachcomber.

San Diego will take on 40 Thieves (also 6-1) for what will most likely be a preview of the Southern California South Division championship. 40 Thieves is a strong team that always bring a full squad of ballers. It will take a great team effort from San Diego Lacrosse to knock the Thieves off their thrown.