San Diego Lacrosse is a Tradition 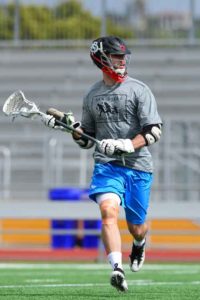 San Diego Lacrosse Club was created as a fun and competitive club to keep lacrosse athletes in the game. For years there was not competitive lacrosse in Southern California. Players could only play in tournaments held in other places of the country to keep playing after the college years. This team has helped grow the sport by hosting events and through the competitive play every season.

Today, we pride ourselves on our camaraderie and social events that keep the Club close throughout the years. Although our lacrosse season only stretches from the end of February to June, San Diego Lacrosse Club schedules events for team members and guests to enjoy that keep us together. Previous events have included our Annual Bar Golf Masters Championship and San Diego Lacrosse Kickball (with a keg).

The SCLAX is officiated by two US Lacrosse certified college level officials for regular season games and assigns three officials for the playoff games. Games are played on official length lacrosse fields according to the NFHS rules. The rules may be slightly different for the style of play than normally found in the NFHS Rulebook.

In 2013, for the first time in league history, the SCLAX created a “Development League.” These development teams will played a reduced 6-8 game schedule under the same rules as the regular league. The “Development League” allowed the SCLAX to manage new league entries to certify that teams had qualifying rosters and the administrative resources to compete in the SCLAX in future years. As of now, there have been additions to the league including Navy Gold, and the Ventura County Bombers.

Come join us for a good time playing lacrosse in San Diego! We pride ourselves on the camaraderie and fun that comes from this team year round.